Here is some unlocked content from our Patreon! Last week’s interview with Dan Ozzi plus a prolonged discussion about Pete Davidson’s magic dick.

It’s time for your weekly pour of content slop from your favorite podcast The Filmdrunk Frotcast. This week, Matt and Vince welcome Dan Ozzi back to the pod. Last time you heard from Dan, he was writing a book about pop punk rock in the 90’s and now he is making his triumphant return to talk about his BRAND NEW BOOK “Sellout: The Major Label Feeding Frenzy That Swept Punk, Emo, and Hardcore (1994-2007)” which you can purchase here at https://www.danozzi.com/books We talk about punk rock, Papa John, Pete Davidson’s magic dick, and how Machine Gun Kelly looks like he loves turtles. Enjoy!

Hello Frotland! Matt Lieb here and we’ve got your weekly fix of the Filmdrunk Frotcast. This week, we had the hilarious and beautiful and my girlfriend Francesca Fiorentini in the LA Frotquarters and we discuss everything from Jussie Smollett, Jacob Wohl, to our nice little day trip to Palm Springs that we just got back from where she and I lounged by the pool all day. She’s my girlfriend. Eventually, Vince and I discuss Netflix’s Abducted in Plain Sight about a super sexual predator who will seduce an entire family just to get to a little girl. It’s pretty amazing and horrifying. So have a listen! And give us some stars and a review on iTunes, if you want. THANKS! 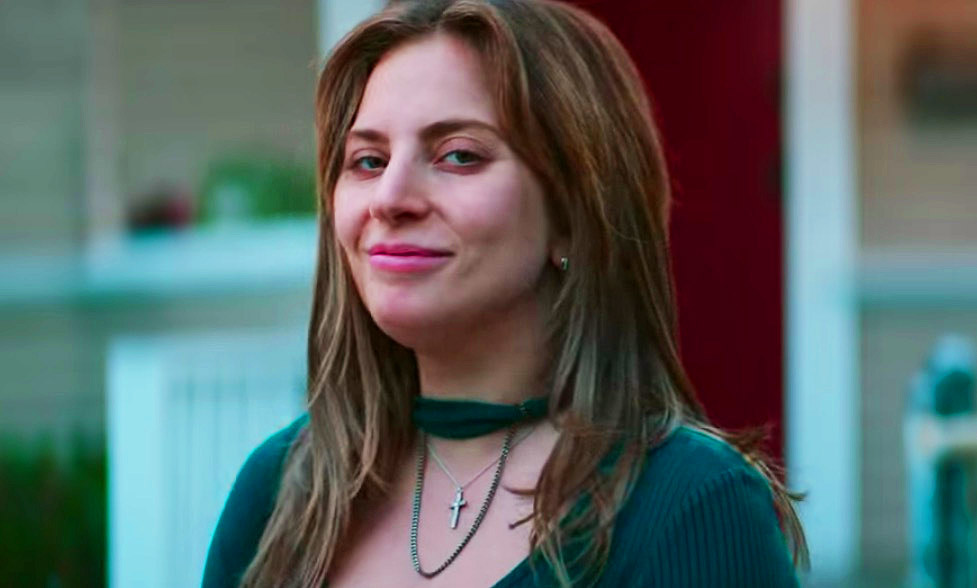 Riley Breckenridge from Thrice and the Productive Outs podcast joins us this week, joining returning guest Joey Avery, aka The San Diego Hammer, comedian and host of the Chubbies podcast. Naturally we ask Riley all about being a rock star and dealing with major label nonsense and he regales us with stories of being flown to New York to get shaded by LA Reid.

We talk about the new radio ad for Republican congressman French Hill of Arkansas, which uses exaggerated black dialect to compare justice Brett Kavanaugh’s treatment to black men in the Jim Crow era after white women “cried rape,” and warns black voters to stick with Hill lest lynching make a comeback (points for boldness, I guess).

We discuss A Star is Born, which I sort of like but Matt, in a shocking turn of events for an avowed shill who loves to cry, hates with a fiery passion (I used a picture of A Star Is Born at the top here instead of Riley because we couldn’t afford the Getty Image). Who could’ve guessed?

Finally, we play our newest Frotcast game, “Name Whether That Tune Is Christian” (or “God Rock Or Fraud Rock,” as Matt wants to name it), in which the panelists wager on how few seconds of a song they need to hear in order to determine whether or not that song is Christian. “Christian” being here defined as an artist who has “Christian” in the first line of their Wikipedia description or songs on the Christian charts (that is, they have to advertise as Christian).

This is a real radio ad currently running in Arkansas in support of Republican Congressman French Hill on radio stations targeted to the African American community. I don't even have words to describe it. pic.twitter.com/vpzt1nGPlc

It’s here! After another year of the Frotcast in the books, listener Schnitzel Bob edited up a compilation of this year’s best bits from the Frotcast (or Schnitzel Bob’s favorites, anyway). It’s hard to say whether this is more of a greatest hits or a blooper reel. Or whether those things are different on the Frotcast. This has everything, from Royalty Freestyle songs to terrible accents to strange characters to celebrity stories and more terrible accents. Matt’s Alex Jones impression, Vince’s new butthole, it’s all here. As always, you can donate at Patreon dot come slash Frotcast. Frot on and Happy New Year from your Frot fam. Check out the full track listing on Filmdrunk.

It’s the FilmDrunk Frotcast Best of 2014, edited by Most Valuable Listener Token.

This week on the Frotcast, Vince, Matt Lieb, and Brendan welcome artist Lucy Owen via Skype. Owen’s series of Juggalo portraits, Where The Juggalo Roam, is currently on display in Detroit. We swap her stories about this year’s Gathering of the Juggalos with ours about last year’s and compare our, American male reactions to the Gathering and Juggalo culture with her British female ones. We also talk about Matt’s latest commercial gig. And of course, we couldn’t not mention the Sony hack, The Interview’s canceled release clusterf-ck, and all about North Korea and doxxing. Enjoy.

The whole gang minus Ben is in the Frotquarters this week, and we open talking about Renée Zellweger thinkpieces. That leads us into her new faith-based movie project, Same Kind Of Different As Me, in which a Texas couple seems to have manifested their own magical negro. We bring on Laremy from Film.com who saw Birdman and Fury, we argue about our favorite films of the year so far and whether Michael Keaton is going to win the Oscar. Matt Lieb talks about the time he tried to interview the Linkin Park DJ about his new film, and then he sings us a rap about what he’s been doing with his life since he became a Chobani yogurt pimp.
Listen! Enjoy! Tell your friends!

This week, we interview Parry Gripp of Nerf Herder and YouTube/jingle fame, and discuss the new documentary Fight Church. Bret (the Dark Lord), Brendan (future NFL hall of famer/human giant), and comedian Matt Lieb (yogurt pimp) are all in the Frotquarters this week, with Parry joining via Skype. We talk about Fight Church, about MMA-fighting Christian pastors, discussing whether the tough-guy pastor is a new phenomenon, and whether ‘is MMA compatible with being a Christian’ even the right question to ask. Brendan talks about the proselytizing he was subject to playing in the NFL/NFL Europe, Bret gets depressed, Matt remains Jewish.
We bring Parry on at 26:50, and we ask him all about Nerf Herder, his new crowd-funding campaign, writing jingles vs. being in a nerd punk band, and everything we can think of. He tells us about pissing off Sammy Hagar, receiving Courtney Love’s blessing, the strange, enduring popularity of “Love Sandwich,” and whether he made more money being signed to a major recording label or writing songs about animals and putting them up on YouTube/iTunes.
We finish with Parry at 1:15:00 and start talking about Kirk Cameron’s new hacking allegations and the anti-Christian Canadian travel company that turned out to be fake. Basically, whether the fundamentalists are doing their own false-flag operations or if there really is a community of atheist trolls dedicated to becoming the manifestation of fundies’ persecution fantasies. Enjoy!