Hey, what’s up, gang. It’s Vince here, and boy have we got a treat for you guys on the free feed today! Not that you deserve it. In fact, you should definitely stop listening right and go sign up for the Patreon at Patreon dot com slash frotcast. Are you still listening? God dammit. Oh well. Anyway, this week, I’m talking to Steve-O. You know, from Jackass. You know Steve-O! Steve-O has a book coming out. The Book is called A Hard Kick In THe Nuts, What I’ve Learned From A Lifetime of Terrible Decisions, and it’s available everywhere books are sold. It’s about Steve-O’s sex addiction, his recovery from sex addiction, his relationships, what he’s learned in recovery… All that stuff! Anyway, that’s the context of the interview today, and I hope you enjoy it, even if you think you’re too damn good to sign up for our Patreon. Do it! Matt’s baby just got born! Congrats, matt! Sign up for the Patreon so she doesn’t go hungry. Okay, love you all, enjoy.

Hello Frotland! Matt Lieb here and we’ve got your weekly fix of the Filmdrunk Frotcast. This week, we had the hilarious and beautiful and my girlfriend Francesca Fiorentini in the LA Frotquarters and we discuss everything from Jussie Smollett, Jacob Wohl, to our nice little day trip to Palm Springs that we just got back from where she and I lounged by the pool all day. She’s my girlfriend. Eventually, Vince and I discuss Netflix’s Abducted in Plain Sight about a super sexual predator who will seduce an entire family just to get to a little girl. It’s pretty amazing and horrifying. So have a listen! And give us some stars and a review on iTunes, if you want. THANKS!

This week is absolutely BURSTING with #CONTENT! Here, I interview writer at large Luke O’Neil about Hell World, the literary newsletter that’s #disrupting the entire #internet ecosystem (or at least, is a way for a good writer to make some extra cash writing good work for people who like reading good work). Luke and I reminisce about the pre-clickbait blogworld internet, bitch about the current state of internet content, and dream of a better future. Other topics include: which sucks more, being in a band or being a comedian?

Originally we were going to include this as part of this week’s Frotcast, but Luke and I were having a good time so we went a little long, so I left it all and decided to release it as a separate bonus Frotcast. You’ll still get this week’s regular Frot, plus a new movie review for the Patreon subscribers. Frot on and thanks for the memories. 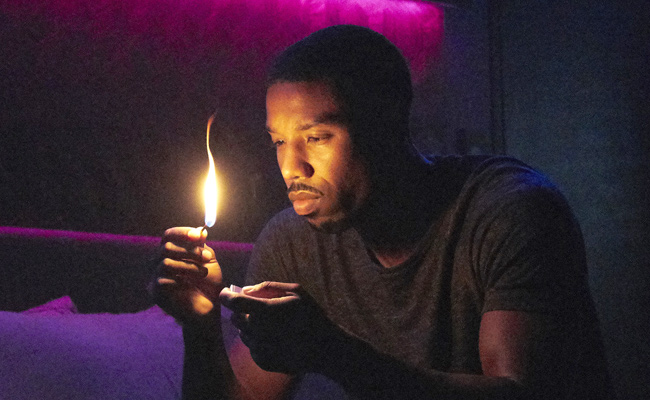 This week on the Frotcast, comedians Red Scott and Jeff Anaya join Vince and Matt Lieb in the Frotquarters to discuss HBO’s remake of Rad Bradbury’s Fahrenheit 451 starring Michael B. Jordan and Michael Shannon. Other topics include the Royal Wedding, vocal tics of liberal talk radio, PFT Commenter, and of course, the Royalty Freestyle, in which Matt tries to improvise song lyrics on the fly to royalty free songs. This week, a baby announcement! Enjoy, Frot on, do it for the #content, and don’t forget to donate at Patreon.com/Frotcast

Greg Sestero is perhaps best known for playing Mark in The Room (“Oh, hi, Mark.”). He’s also the co-author of The Disaster Artist: My Life Inside The Room, The Greatest Bad Movie Ever Made. Michael Rousselet is co-director of Dude Bro Party Massacre III, which also stars Greg Sestero. Rousselet also happens to be one of the first people to discover The Room, helping to make it a cult hit, who’s credited for starting many of The Room’s now familiar audience participation trends, like throwing spoons at the screen. I got them together 12 years almost to the day after the first The Room screening, to ask Greg what it was like being Tommy Wiseau’s producing partner and roommate, his teenage modeling days in Europe, and what it’s like having had his life inexorably tied to Tommy Wiseau’s for close to 20 years now. And to ask Mike about the first time he saw The Room, and what possessed him to force everyone he knew to watch it. How old is Tommy Wiseau? Where is Tommy Wiseau actually from? How did Tommy Wiseau get so rich, and how could afford to blow $6 million on The Room? What does it all mean? We answer all or none of these questions on this week’s BookDrunk Radio.

This week on the Frotcast, Justin Halpern joins for a quick story about his friend farting in Anne C0ulter’s drink one time. Then comedians Joey Avery and Allison Mick join Vince Mancini in the studio, to interview Steve Bramucci about dragging Vince to Oregon Eclipse Festival/Symbiosis/Burning Man lite, as well as his new book, Danger Gang and the Pirates of Borneo, and the time he hitchhiked through Australia and almost got murdered by a drug dealer during a shark dive. Then, official Frotcast Taylor Swift correspondent Allison gives us her unified theory of Taylor Swift. Donate at Patreon dot com slash Frotcast.

00:00 – Justin Halpern’s story about his friend farting in Anne C0ulter’s drink
9:30 – MOVIE NEWS! The all-female Lord of the Flies remake, Ed Skrein dropping out of Hellboy because of white washing
20:00 – Uproxx Life editor and author of Danger Gang and the Pirates of Borneo Steve Bramucci joins us
34:28 – Steve’s story about thinking he was going to get murdered by an Australian drug kingpin
47:17 – Allison Mick’s Unified Theory of Taylor Swift
1:10:10 – The Black Bloc vs Neo-Nazis, and not feeding the trolls vs. zero tolerance.

Lost City of Z author David Grann’s new book, Killers of the Flower Moon, is about the mass murder — through gunshots, bombs, and poisoning — of almost the better part of an entire generation of Osage Indians in the teens and 1920s, carried out in order to inherit their lucrative mineral rights. Originally hailed as one of the FBI’s first and defining successes, Grann’s investigation uncovers for the first time the true extent of the “Osage Reign Of Terror,” which wasn’t just a single plot, but rather an interlocking web of conspiracy and corruption that sought to usurp American Indian wealth and was only possible through collusion at every level of society. One of the first examples of the FBI investigating corruption among local police, Grann’s book comes out at a time when Attorney General Jeff Sessions is actively trying to weaken the federal government’s mandate to police local police (“it is not the responsibility of the federal government to manage non-federal law enforcement agencies” read a Sessions memo from April). This week I talk to Grann about his book’s relevance, the relationship between racism and greed, and the dying art of shoeleather reporting. In addition to that, it’s Alien: Covenant week on the Frotcast, so we’re watching and breaking down the 1979 original, Alien. Panel includes Vince Mancini, Frotcast co-host Brendan, and comedians Joey Avery and Matt Lieb.

Leah Carroll’s mom was murdered when she was four by a man who would go on to receive protection from the Rhode Island Police, until he died himself just a few years later of a heart attack during a road rage incident on his way to go skydiving while carrying a pocket full of cocaine. And that’s not even the craziest part of the story. We hear the tale first hand from Leah, who just published Down City: A Daughter’s Story of Love, Memory, and Murder. This week’s Frot-crew includes Vince, Brendan, and comedians Joey Avery and Matt Lieb. We also try to cast the inevitable S-Town movie, and talk Kendall Jenner’s Pepsi ad. Donate at Patreon dot com slash Frotcast.

We couldn’t get the Frotcast crew together for a proper Frotcast this past week, but I did interview Paul Fischer ‘A Kim Jong-Il Production: The Extraordinary True Story of a Kidnapped Filmmaker, His Star Actress, and a Young Dictator’s Rise to Power.’ While it’s not the same thing as a normal Frotcast, I did go all Teri Gross for a Fresh Air-style, hour-long interview. The book tells the story of Choi Eun-Hee and Shin Sang-Ok, who at one point were the most popular actress and director in South Korea. They were kidnapped by Kim Jong-Il in 1978, and after Shin tried to escape twice and spent five years in North Korean gulags, he eventually got out, was reunited with Choi (his ex-wife at that point) and they made seven movies for Kim Jong-Il, including the so-bad-it’s-good cult classic, Pulgasari. They tried to make movies good enough that they’d be in Jong-Il’s good graces, so that he eventually gave them just enough freedom that they were able to escape back to the west. Shin eventually went to Hollywood and made a few movies, including ‘3 Ninjas Knuckle Up.’ I talk to Fischer about North Korea, parallels betwen North Korea and Scientology, The Interview, his personal experience in North Korea, and all about himself, writing the book, Kim Jong-Il, and everything else. Enjoy.