Episode 401 of the Frotcast is available on Patreon right now, and here’s a little preview of it for everyone to enjoy. In this clip, we are talking about the Fyre festival’s founder Billy McFarland with comedian Jessica Sele. 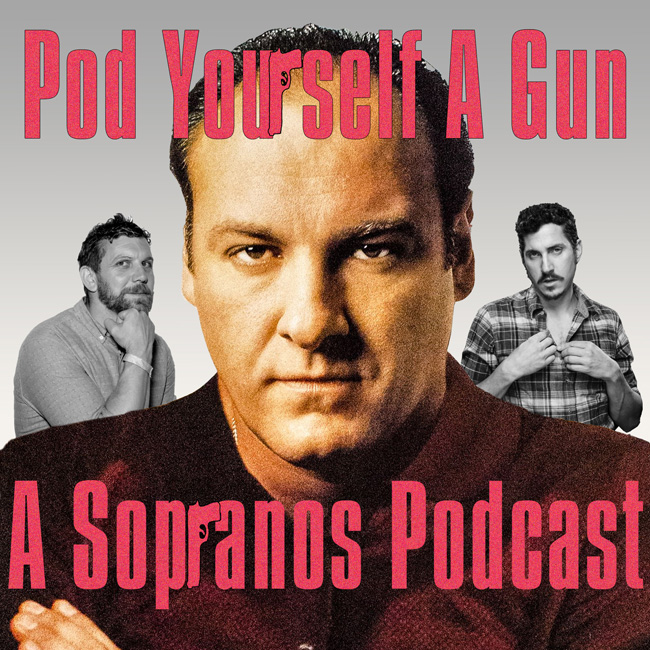 Welcome to Pod Yourself A Gun: A Sopranos Podcast, where every week comedians Vince Mancini and Matt Lieb (of the Filmdrunk Frotcast) take you through each episode of the most important TV show ever made. In this pilot episode of Pod Yourself A Gun, we discuss the pilot episode of The Sopranos with TV critic Alan Sepinwall who has literally written the book on The Sopranos (okay, co-written), The Sopranos Sessions, available now at book stores everywhere. We dissect every facet of the pilot, from the original Father Phil Intintola, to the objectively terrible Sopranos theme song. It’s just plain awful. It’s barely music. What does “born under a bad sign with a blue moon in your eyes” even mean? Anyway, hope you enjoy the episode as much as we enjoyed making it. And if you don’t enjoy it, va fangool. 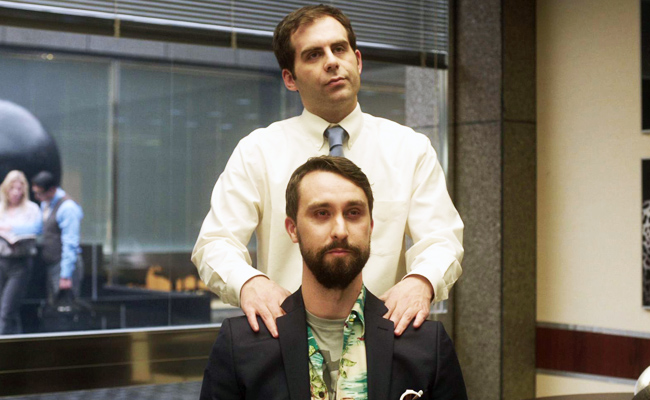 Holy hell, gang, can you believe we’ve done 400 episodes of these?? What is that, like 17 straight years of podcasting? With that much pod time is it any wonder that one original host has died and another gone into hiding?

Anyway, we didn’t plan a massive, self-indulgent extravaganza episode to celebrate, but it is a pretty damn good episode nonetheless. We have actual TV star Jake Weisman from Comedy Central’s Corporate (season two premieres tonight!), who joins us to talk about creating the show, the despair of working, and he and I being the first two people on the internet to admit hating Three Billboards. Oh, and about that time he wrestled a heckler on stage and a bag of cocaine fell out of the guy’s pocket.

Comedian, writer, and Thicc Strip pioneer Alison Stevenson also returns, to talk about the high-highs and low-lows of the stand up life, and to yes-and all of Matt Lieb’s jokes. Hooray! You’ll never be lonely when you have the Frotcast.

Hey, everyone. It’s 2019, and that means 2018 is officially over! Congratulations to those of you who made it out alive. Although 2018 was a pretty shitty year for some people, for the Filmdrunk Frotcast it was actually pretty okay in terms of #content. Which is why we are pleased to give you not one but TWO Frotcast Best of 2018 episodes! Part 1 of the best of is available to the entire Frotcast family while part 2 is only available to our beloved Patreon subscribers. The Best Of’s were edited by listener Peter Marez, so if you’d like to make a donation to his paypal or Venmo I’m sure he’d appreciate it. Don’t worry, we also paid him for his work but if you really enjoy the episodes, maybe show him some love via murney.

This week on the Frotcast, we welcome back Joey Devine from the Roundball Rock podcast and Joe Sinclitico from Adam Devine’s Houseparty to discuss our favorite movies of the year as well as our favorite local news bloopers. We all list our top three movies of 2018, including extended discussions of Paddington 2, The Favourite, Sorry To Bother You, Mary Poppins Returns, and more. We also bring back cookbook author Michelle Doll to discuss her latest cookbook, Essential Tools, Tips, & Techniques for the Home Cook. She also talks glyphosate, spills the secrets to beating Bobby Flay, and whether beating Bobby Flay means that you become him, like the Santa Clause. Enjoy and Frot on, and RIP, Didi Megadoodoo. You’ll never be lonely when you have the Frotcast.